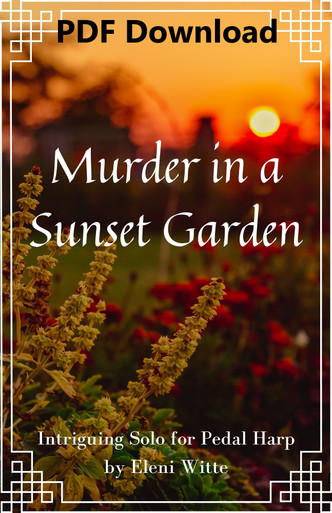 The man who is murdered has a conflicted past and has made many enemies. While he is tending his magical plants, the sun begins to set. It starts raining and he is annoyed because he already watered his plants. Then he hears footsteps. He is frightened because he knows he has enemies so he hides in a stone wellhouse. The footsteps pass him but come back. The murder opens the door, delivers a short villainous monologue, and kills the gardener. The body lies in the rain, halfway out of the wellhouse. The gardener’s niece finds him. His friends and family despair at the murder while some of them look into the mystery of who killed him.